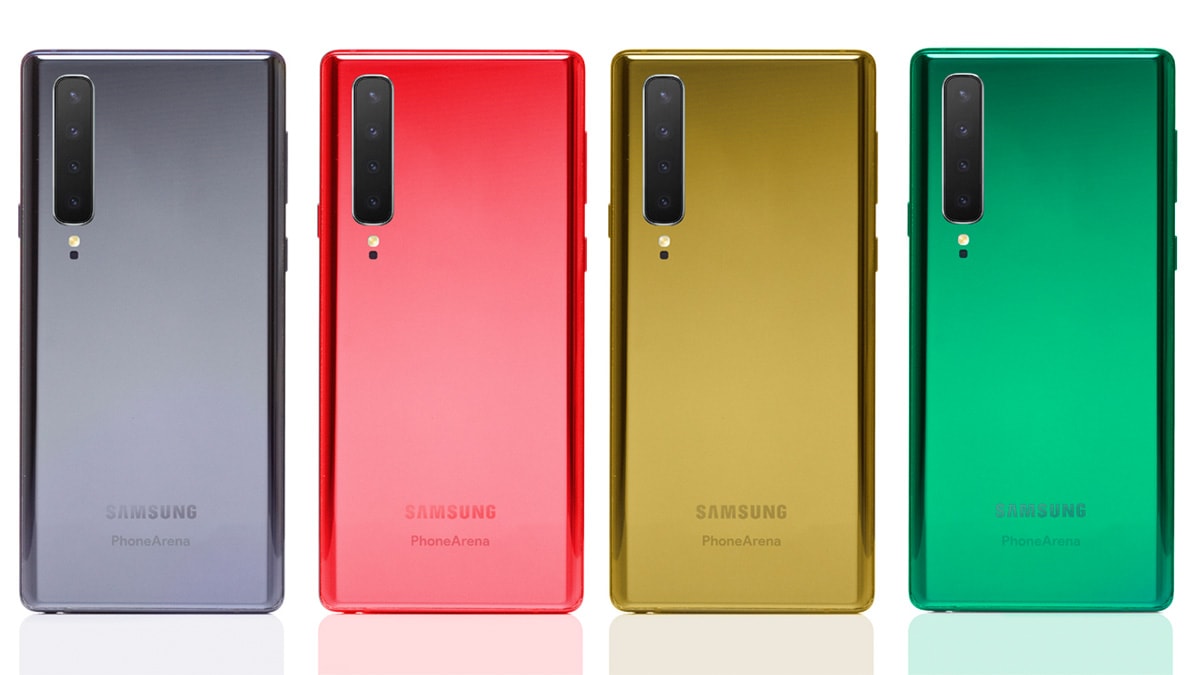 We’ve been hearing rumours about the Samsung Galaxy Note 10 from start of this year and we’re finally starting to get a better picture of what this might actually look like once it launches. The latest scoop comes in the form of renders of the Galaxy Note 10, which try and visualise how the phone would actually look. This has sparked some polarising views, with some absolutely hating it while others seem to be in favour of it.

Only recently, serial leaker Ice Universe’s tweet hinted at the fact that the Galaxy Note 10 could have a vertical camera setup and a centred hole-punch in the display. Now, prolific tipster OnLeaks has also confirmed on Twitter that the Galaxy Note 10 series will have vertical rear camera setup and a centred hole-punch display. Notice that he mentions Galaxy Note 10 ‘series,’ which means we could see the [previously rumoured] ‘Pro’ model launch alongside the standard variant.

Separately, based on current rumours and leaks, tech website PhoneArena has created a few renders of what the Galaxy Note 10 could look like. As you’d expect, the phone will most likely have very slim bezels all around, with curved sides and from the leaks, a hole-punch camera placed at the top-centre of the display. It’s still unclear if the phone will have two front camera or a single one.

The back of the phone is where it gets really interesting. Considering the Galaxy Note 10 might have an elaborate four camera setup, similar to the Galaxy S10 5G, we could be looking at a vertical placement of the lot, instead of the horizontal layout we’ve been have for a few years now. This change in orientation might not be just for aesthetic purposes but more to do with the kind of the hardware that will be taking space under the covers. Plus, if the rumours are true then Samsung will need to optimise all the space it can for that 4,500mAh battery. The vertical camera strip doesn’t look so bad in our opinion. Samsung’s new Galaxy A-series has a vertical strip, such as a the Galaxy A9 2018 (Review), and that looks pretty nice.

There are some who still believe the final look of the Galaxy Note 10 would be worse than the current concept designs. Max Weinbach from XDA Developers thinks that the finally design would look “much much worse” than what people think.