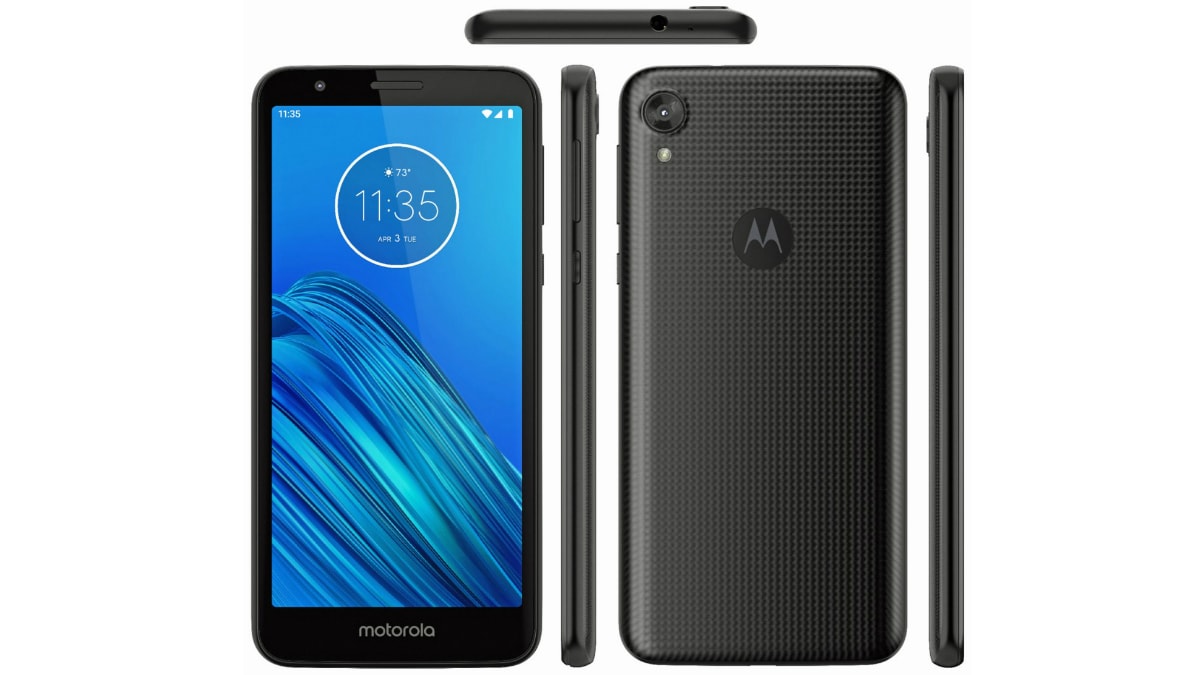 After the launch of the Motorola One Vision, the Lenovo-owned company is now gearing up for the launch of the Moto E6 series. The Moto E6 Plus was recently spotted on Geekbench, and now the Moto E6 variant has been leaked in photos by noted tipster Evan Blass aka @evleaks. The photos suggest that the phone will fall in the budget segment, and is seen to feature considerable bezels, a single rear camera setup, a 3.5mm audio jack, and a textured back panel as well.

Blass has taken to Twitter to share a photo of the Moto E6 showing the smartphone off in all angles. The Moto E6 is seen to sport considerable bezels on all sides of the display with the Motorola logo plastered at the bottom of the display. The top bezel is seen to house the selfie sensor and the earpiece. The back panel is textured for better gripping and a single rear camera sits on the top left edge with the flash beneath it. The phone sports a Motorola logo at the back as well, which could presumably double up as a fingerprint sensor as well.

Coming to the sides, the Moto E6 has the volume and power buttons on the right edge, while the 3.5mm audio jack sits on the top edge of the phone. Unfortunately, the bottom edge is not shown in the photo, but we can presume that is where the speaker grille and the charging port are housed.

There’s no word on when this phone will be unveiled, but a past leak has given us a look at the probable specifications. The Moto E6 is tipped to run on Android Pie, sport a 5.45-inch HD+ (720×1440 pixels) display, be powered by the octa-core Snapdragon 430 SoC paired with 2GB of RAM and 32GB or 64GB of inbuilt storage, and sport a single 13-megapixel rear camera (S5K3L6) with f/2.0 aperture and a 5-megapixel front camera (S5K5E9) with the same aperture.

The Moo E6 Plus, as mentioned, was also spotted on Geekbench recently, and it is tipped to be powered by the MediaTek Helio P22 SoC and pack 2GB of RAM.