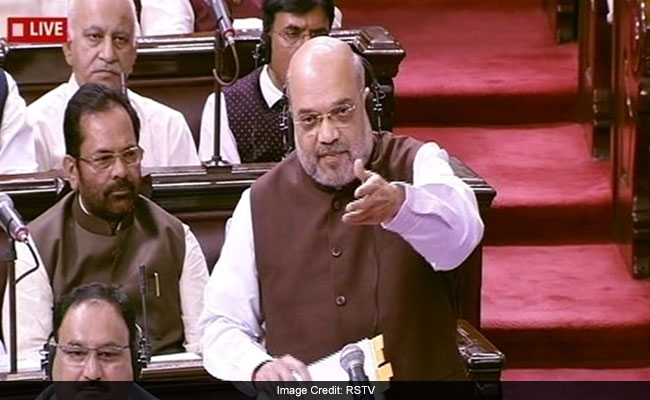 The centre has scrapped Article 370, which grants special status to the state of Jammu and Kashmir, Home Minister Amit Shah told the parliament today.

The moves come at a time when Jammu and Kashmir plunged into uncertainty after a massive security build-up and government advisory asking pilgrims and tourists to leave Kashmir immediately.

The state remains on edge as restrictions have been imposed in several parts, with mobile internet and landline phone connections blocked in many places. Mehbooba Mufti, Omar Abdullah and Sajad Lone – the three most prominent politicians from Jammu and Kashmir – were placed under house arrest last night.

The government has also banned large gatherings and public meetings as a precautionary measure. Schools and colleges in Jammu, Kishtwar, Resai, Doda and Udhampur districts were also ordered to remain close on Monday, the officials said.