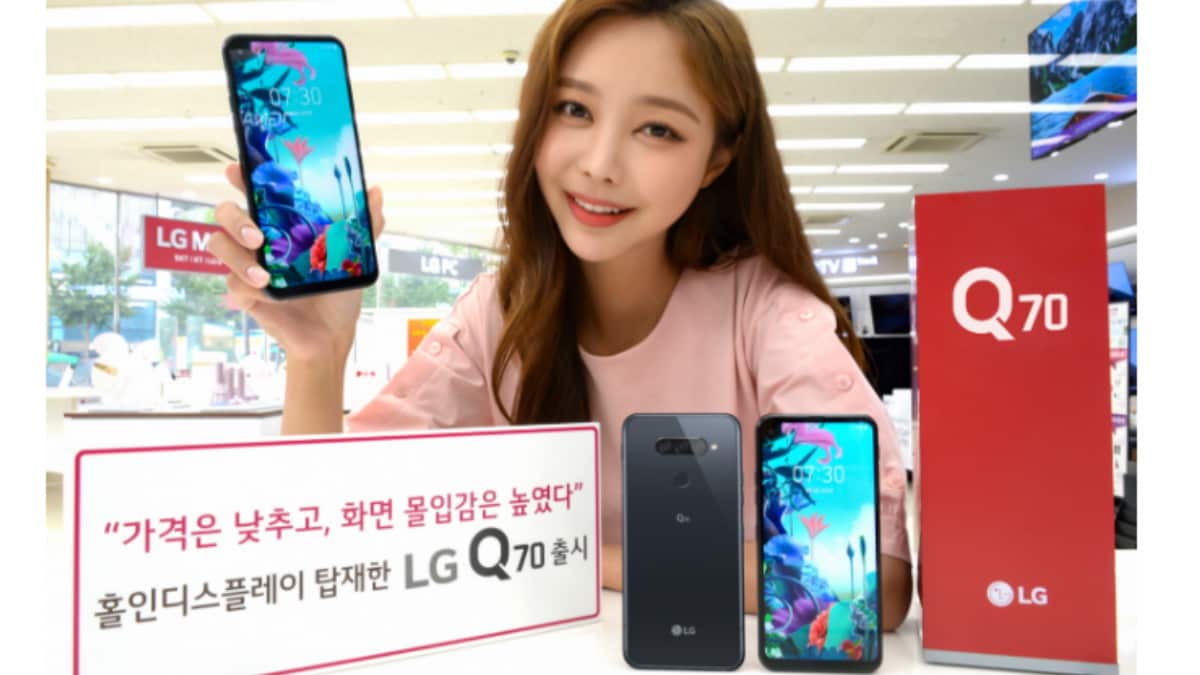 LG Q70 has been launched in South Korea, and the phone comes with a triple camera setup, a hole-punch display, and a rear fingerprint sensor. Key features of the LG Q60 successor include Snapdragon 675 SoC, up to 4GB RAM, Android Pie software, a hole-punch display, MIL-STD 810G compliant and a dedicated Google Assistant button. The phone comes with a 32-megapixel rear main sensor at the back, and a 16-megapixel selfie camera as well. This comes soon after the company launched the Gram 17, Gram 15, and Gram 14 laptops in India.

LG Q70 is priced at KRW 548,900 ( roughly Rs. 32,600) and will go on sale in South Korea on September 6. It is listed to be available in a single Mirror Black colour option only. There is no word on its India availability as of now, or in other regions.

As for design and specifications, the dual-SIM phone runs on Android Pie and sports a notch-less 6.4-inch full-HD+ (1080×2310 pixels) display with 18.5:9 aspect ratio. It is powered by a Snapdragon 675 octa-core SoC paired with Adreno 612 GPU and 4GB RAM. Inbuilt storage is at 64GB with the option to expand further via microSD card (up to 2TB).

Coming to the cameras, the LG Q70 sports a triple rear camera setup aligned horizontally – with a 32-megapixel rear sensor with f/1.8 aperture, a 13-megapixel sensor with 120 degree wide-angle lens, and a 5-megapixel third sensor as well. Up front, the phone has a 16-megapixel camera for selfies and video chatting.