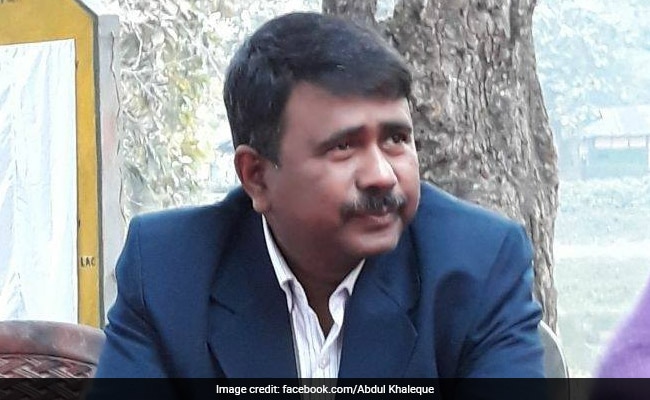 Guwahati: Two days after Hitesh Dev Sarma was named as the new National Register of Citizens (NRC) coordinator in Assam, a Congress MP cited previous social media posts put up by him to allege that he was unsuitable to hold such a sensitive position.

In his letter to Chief Minister Sarbananda Sonowal, Barpeta Congress MP Abdul Khaleque said that the Assam Civil Service officer’s appointment should be cancelled because he “lacks the qualities of unbiasedness, impartiality and trustworthiness” that’s required of somebody in the NRC coordinator’s position. Mr Sarma has replaced Prateek Hajela as the head of the agency.

The 1989-batch officer got the job after the Supreme Court allowed Mr Hajela an inter-cadre transfer to Madhya Pradesh, and asked the Assam government to suggest names of officers who could succeed him.

Abdul Khaleque attached screenshots of past social media posts written by Mr Sarma to his letter, a copy of which is available with NDTV. “Government officials should be unbiased, but controversial statements made by Hitesh Dev Sarma show his bias,” the letter read, adding that several posts written by the new NRC coordinator in the past showed him terming Bangladeshi immigrants as “East Pakistani Muslims” residing in Assam.

In one post put up in October, Mr Sarma appears to agree with a popular media personality’s assertion that “we cannot accept a foreigner as Indian even if he speaks Assamese”. Yet another post drawn from January 19 shows Mr Sarma allegedly asking: “By giving citizenship to 50 lakh East Pakistanis, how have the participants of the ‘historical’ Assam agitation contributed to the identity of the Assamese people?”

A third social media post shared in February read: “Those who had deceived the Assamese people and the martyrs by signing the Assam Accord in 1985, which allowed inclusion of 50 lakh East Pakistanis, were treated like heroes…”