Microsoft is testing a new feature that allows Android users to control the music on the smartphone via Windows 10 PCs. Users can access and control the music on their Android smartphones directly via the Your Phone app. The feature is currently limited the Your Phone app running on the latest Windows Insider build, and Microsoft has said that it is “gradually rolling out” to Your Phone version 1.20041.82 and above. Your Phone is an app developed by Microsoft for Windows 10, for connecting to Android devices. With the app users can receive phone calls, access photos, and more on their computers. 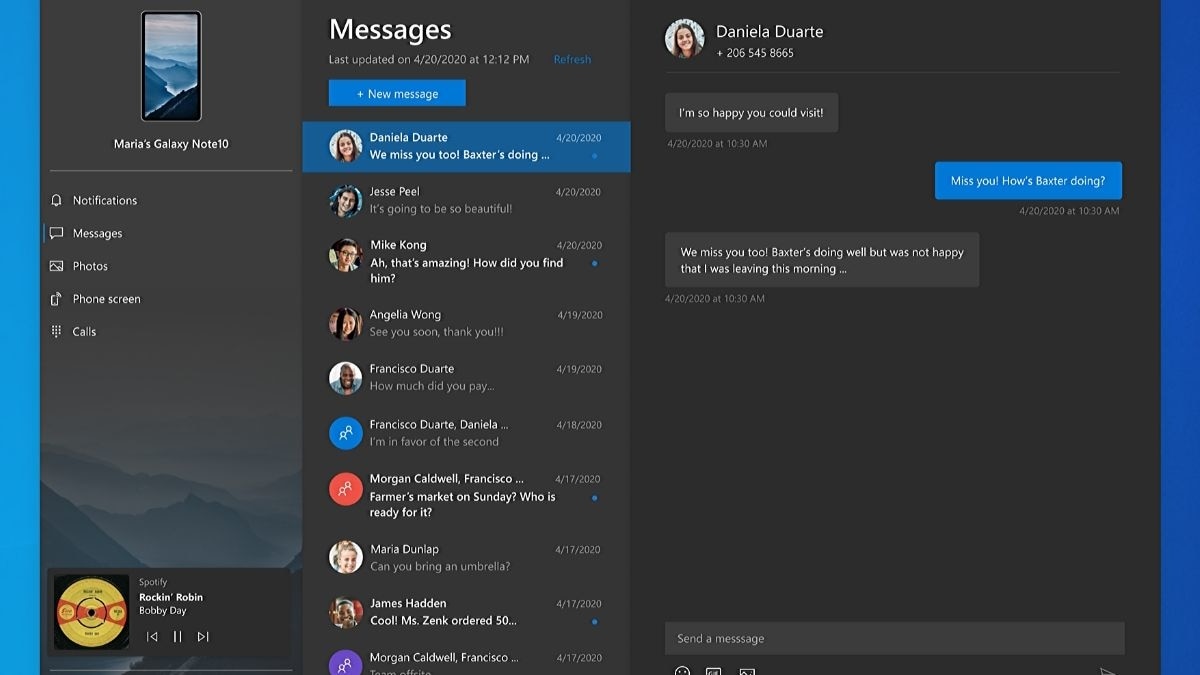 Microsoft in a blog post said that users can play, pause, and switch music that is being played from a selection of audio apps on their smartphones. Your Phone desktop app can control music on apps including Spotify, Pandora, Amazon Music, Google Play Music, YouTube Music, Xiaomi Music, and Google Podcast. “Show audio currently playing from my phone will be turned on by default in the Your Phone app settings if Your Phone Notifications permissions are granted,” the blog post stated.

In terms of system requirements, Microsoft added that the feature will be available to users who have a PC running Windows 10 – October 2018 update or later. Additionally, the Android phone needs to run Android 7 Nougat and above.

Microsoft in the blog post also said that there are some “known issues” that were found while testing the music control feature on the Your Phone app. These include:

Earlier this month, Microsoft added a new feature to the Your Phone desktop app that allowed Samsung users to drag and drop files between the phones and Windows 10 PC over Wi-Fi. But the feature was again, available to users on Windows Insider builds only.