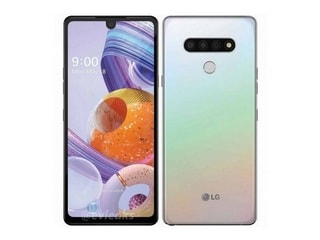 LG Stylo 6 has surfaced online as a part of an alleged render, tipping the design of the upcoming smartphone. The render shows the LG Stylo 6 phone from all the 6 sides as well as its stylus. The phone can be seen having a waterdrop-style notch and triple rear cameras. The phone is likely a successor to the LG Stylo 5 that was launched in July last year. LG Stylo 5 had slim bezels at the top and bottom and it came with a single rear camera. It was priced at $229.99 (roughly Rs. 17,400).

According to a report by GSMArena, the LG Stylo 6 render has been shared by Evan Blass. In the image, we can spot the phone featuring a display with a waterdrop-style notch, slim bezels at the bottom, triple rear cameras, and an LED flash in a pill-shaped camera module. Right below the rear cameras, a fingerprint sensor can also be seen. The back of the Stylo 6 shows a gradient design.

As per the photo, volume rockers will be placed on the left side of the phone and a lock button will be available on the right. There is one more button on the left side below the volume buttons that is possibly meant to summon Google Assistant. Looking at the leaked render, USB Type-C connectivity, 3.5mm headphone jack, and a stylus can also be expected.

It’s unclear when the phone would launch, but if LG Stylo 5 launch is any indication, the phone is likely to show up around June-July.

As mentioned, LG last year launched the LG Stylo 5, a mid-ranged phone costing $229.99. The new phone can be expected to get a similar pricing.