TikTok’s app ratings on Google Play have moved up to 4.4 stars from 1.2 stars surfaced last week. The latest development emerges days after the short videos app faced a public backlash chiefly due to the controversy surrounding a video posted by a popular TikTok user Faizal Siddiqui, with hashtags including #IndiansAgainstTikTok surfacing on social media. Google has passively played an important role in improving the average rating of TikTok on Google Play as it removed millions of one-star ratings due to its comment posting guidelines that clearly allows to remove negative reviews and ratings that account for a mass attack. 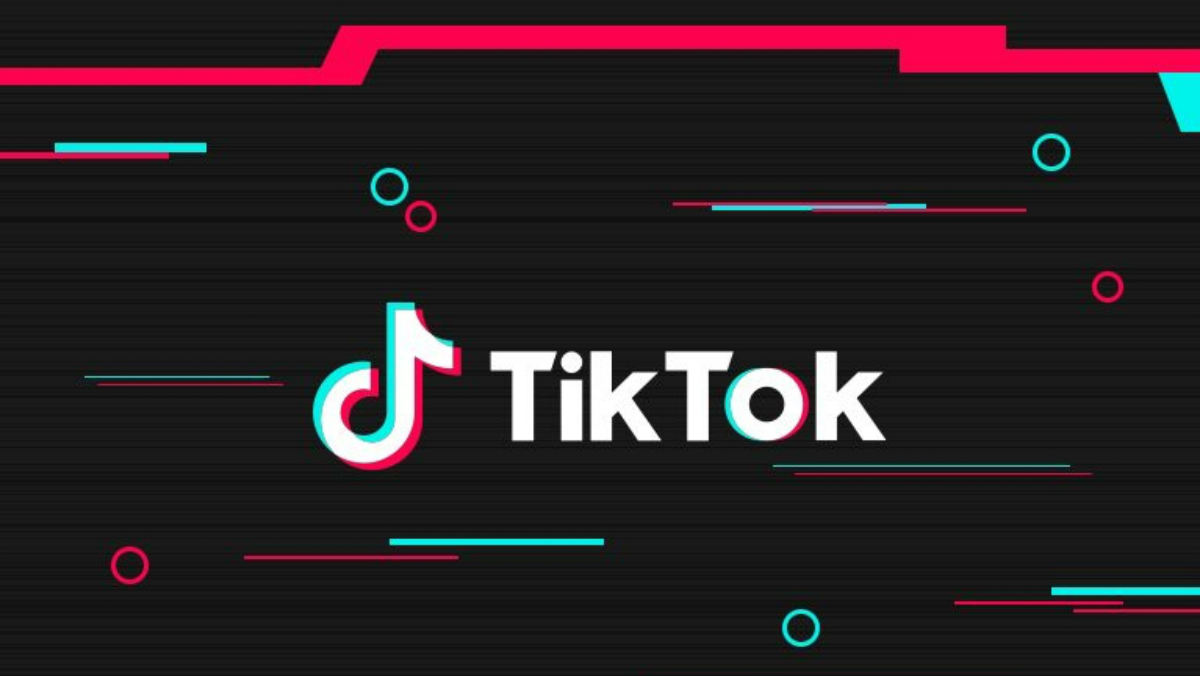 Without specifying the case of TikTok, a Google spokesperson said that the company takes a corrective action to remove inappropriate ratings and comments when it considers incidents of spam abuse. “Play Store ratings enable users to provide helpful feedback about their experience with apps and content, for the benefit of others to make informed decisions,” the spokesperson said in a statement emailed to Gadgets 360.

If we compare the current app ratings of TikTok on Google Play from what it had exactly seven days back, there is a drop of roughly 80 lakh ratings. The graph on the Web version of Google Play also shows that there was a massive increase in one-star ratings last week, but a large number of those ratings are no longer live. 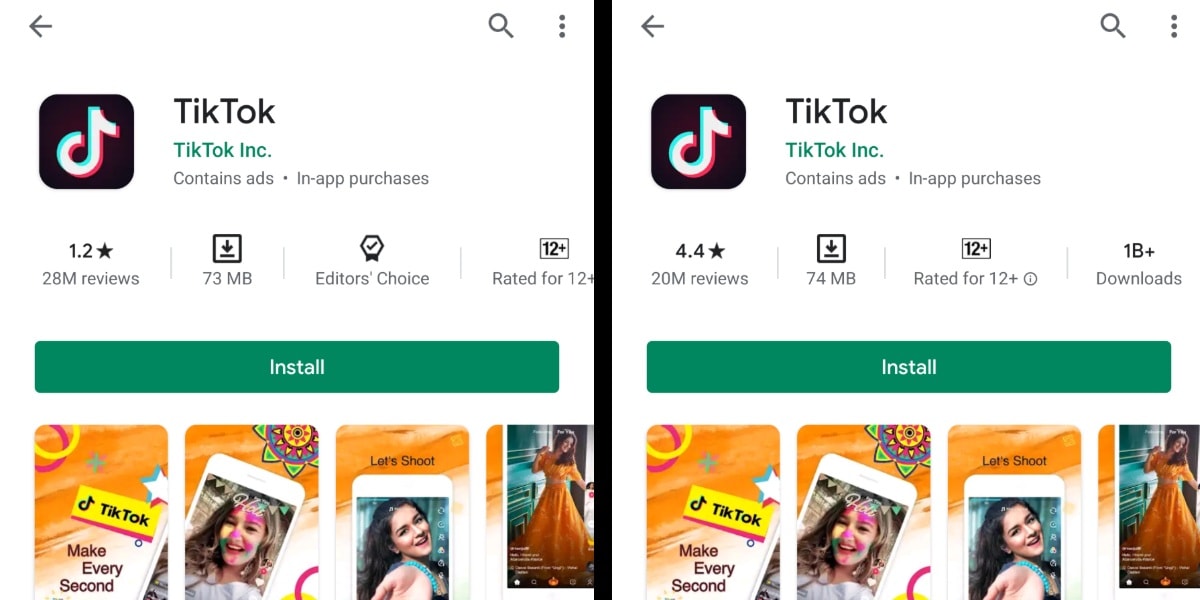 As per one of the guidelines specified in the comment posting policy of Google Play, users aren’t allowed to manipulate the ratings of an app. This was perhaps amongst the reasons why Google favoured TikTok and removed the reviews and ratings that were not more than the mass attack against the app.

Unlike the change on Google Play, the ratings of TikTok on Apple App Store for its iOS version aren’t showing any big difference within the last seven days. The app had an average rating of 3.5 star last week that has been dropped to 3.4 star. Also, it appears that Apple hasn’t removed any ratings as they’re grown from over 11 lakh to 12 lakh in the last one week’s time. It appears that iPhone users have relatively not been a part of the brigading of TikTok. 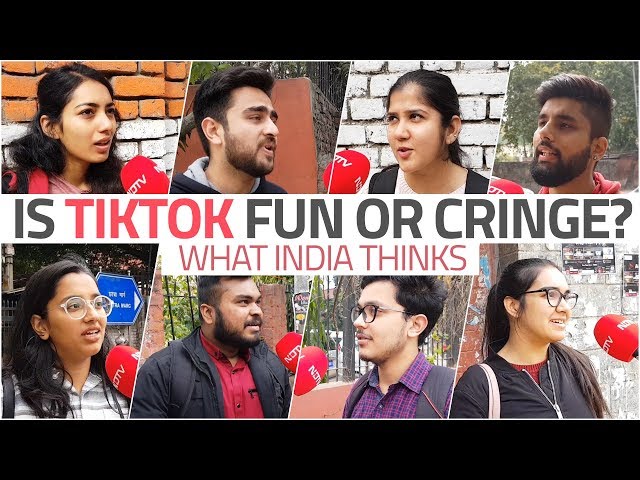 Not one, but many incidents behind the mass attack
The criticism against TikTok started earlier this month with a video that was posted by YouTuber CarryMinati (originally named Ajey Nagar) that was titled “YouTube vs TikTok – The End”. In this video, the narrator roasted TikTok creators, especially Amir Siddiqui. The video was removed by YouTube for “violating terms of service” shortly after it went viral on social media.

However, just days after that video by CarryMinati, Amir Siddiqui’s brother Faizal Siddiqui posted a short video on TikTok that seemed to encourage violence against women. It resulted in a huge backlash against TikTok that ultimately led to the removal of the controversial video and suspension of Faizal Siddiqui’s account by the platform.

A large number of people have also been seen criticising TikTok for just being a “Chinese” platform. At the same time, several netizens have also pointed out that the videos app has been used to share objectionable content, including animal and sexual abuse clips. TikTok alternatives have been able to grow dramatically as a result of this negative sentiment. Homegrown app Mitron saw over 50 lakh downloads on Google Play, thanks to a combination of a catchy name and a strong anti-TikTok, anti-China sentiment, with many reviews of the app pointing out many glitches, yet giving it five stars because it’s an Indian app.