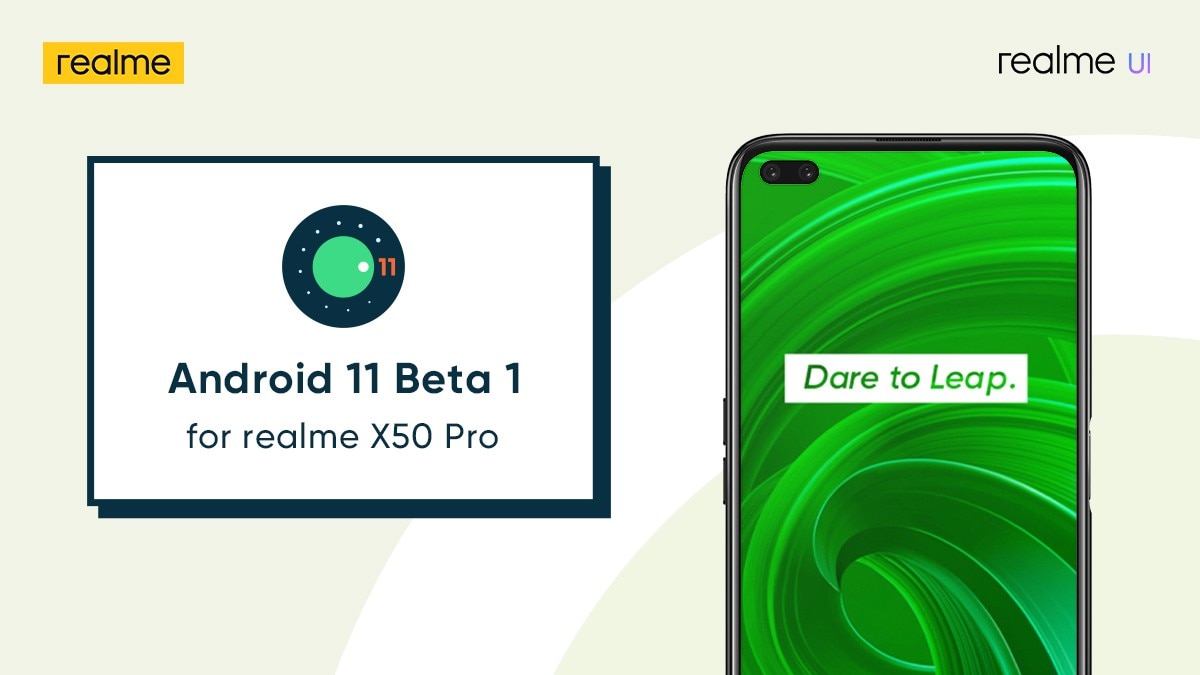 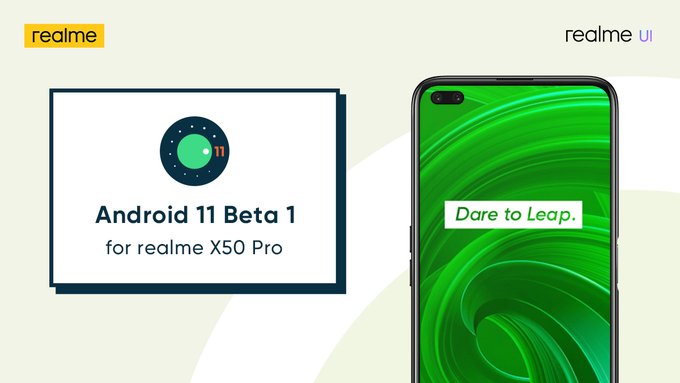 Realme, in a press release, stated the Realme X50 Pro will be the first Realme smartphone to receive the Android 11 beta 1 update. It said that the update will be rolled out in early July without sharing an exact timeline. It also seems like the company will be pushing the OS update to other phones as well, sometime in the future, possibly the other Realme X50 variants. Notably, early in May, the company announced a long term beta programme with early access to Android 11 beta for Realme X2 Pro users.

With the announcement, Realme joins the likes of Xiaomi, Oppo, Poco, and OnePlus in the seemingly growing list of smartphone manufacturers offering Android 11 beta 1 OS updates to some of their phones. Xiaomi announced yesterday that its Mi 10 and Mi 10 Pro will be receiving the Android 11 beta 1 update while Oppo announced the same for its Find X2 series. Earlier today, Poco jumped on the bandwagon announcing the OS update for its Poco F2 Pro. OnePlus, on the other hand, seems to be ahead of the curb as it has already released the Android 11 beta 1 update for the OnePlus 8 and OnePlus 8 Pro.